Students with dyslexia just gained a new friend and her name is Alexa.

When used correctly this brilliant piece of technology, can make learning faster and more efficient for the struggling learner.

A dilemma parents often face when their child struggles with reading, is how much assistance should they allow.

I’m a huge fan of all students developing grit by doing hard things, however, I am also a realist.

The reality is that in today’s world, the majority of students utilize technology to assist with school work.  So, refusing to allow the struggling student, who more than likely thrives when technology is used, basically ties their hands.

When I meet with parents and ask them why they ban technology for learning I get usually the same two reasons: fear and control.

They fear creating a dependency and lack of learning and they feel they lack the ability to control what the child uses it for and create boundaries.

Recently, a dad, who ironically enough happened to be a computer engineer, came in with his son for a consultation.

He shared up front that he and his wife had strict rules about technology in the house such that, basically, it was not allowed.

During the consultation, he also shared that his own struggles in school were similar to his son’s. I asked him how he thought his school days would have been different if he had been raised with today’s technology.

I think he could tell by the look on my face where this conversation was headed.

I told him, “You came to me looking for a way to decrease your son’s struggle, get him motivated to learn, and complete his work.

“You also told me what would have helped you. I think we found a good place to start.”

Don’t get me wrong, technology was not the answer to why his son was struggling and his answer to my question most definitely wasn’t the plan I subsequently recommended to turn it around.

Technology, however, was necessary to engage his son.

It was the buy-in we needed; and for the older struggling student, buy-in is a crucial key to change and transformation.

Parents need to identify their overall goal and believe that their child has the same one.

For the student who struggles to read, it is to read.

The second part to that is that all children in today’s world use technology. So to prohibit its use for a child to whom technology is socially necessary will actually be perceived as hurtful.

A balance is needed for sure and boundaries should be set in order for abuse not to happen, but, in the end, Alexa is a friend that I recommend every household invite over to their house to help the struggling learner.

Below is a list of just a few of the ways that Alexa brings her “A-game” to the learning house:

Get a printer-friendly, version of "10 Ways Alexa Can Help Students with Dyslexia." Click the button to download your copy now.

Get a FREE Bonus Guide!

Behaviours & Signs That Your Child May Have Dyslexia PDF

Do you wonder if behaviors you notice in your child are related to dyslexia or to something else?

Our comprehensive list of the behavioral signs of Dyslexia can help you know. 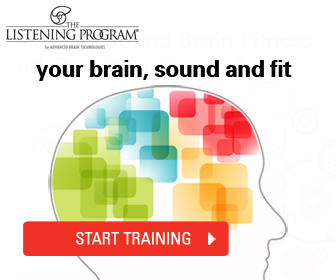